Bear With a Badge (The McClintock Bears #3) 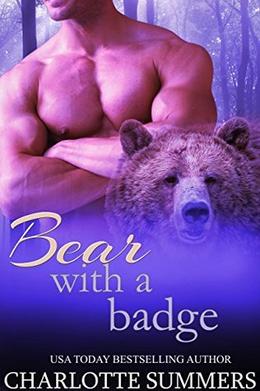 Mia King is on the trail of a hot story, one that could send her career soaring. She knows there’s a secret in Belladonna Falls and she’s desperate to uncover it.

Carter McClintock, the town’s police chief, has a duty to keep the town’s shifter secret hidden, but he knows that keeping anything from the curvy, feisty reporter isn’t going to be easy.

Because as soon as he meets her, he knows that she’s the woman he’s supposed to bond with for life..

How can he keep anything from her when all he can think about is claiming her as his mate?
more
Amazon Other stores
Bookmark  Rate:

'Bear With a Badge' is tagged as:

The 'The McClintock Bears' series

Similar books to 'Bear With a Badge'

Buy 'Bear With a Badge' from the following stores: