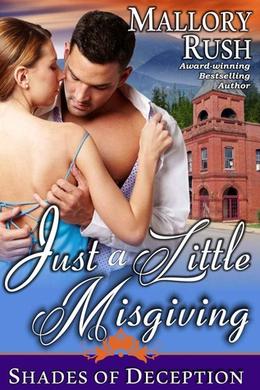 One, she's been in love with her sister's husband, Myles Wellington, for years.

Two, she's having his baby.

Three, he doesn't know it.

Myles is consumed with grief, having lost his wife to a terminal illness. Then he discovers that his late wife convinced her sister to be a surrogate to their baby.

Torn between fury and gratitude, Myles insists that Faith move in so they can raise the child together, and unknowingly gets too close to Faith's biggest secret of all... until an even bigger secret threatens a loss neither ever imagined.
more
Amazon Other stores
Bookmark  Rate:

'Just a Little Misgiving' is tagged as:

The 'Shades Of Deception' series

Buy 'Just a Little Misgiving' from the following stores: