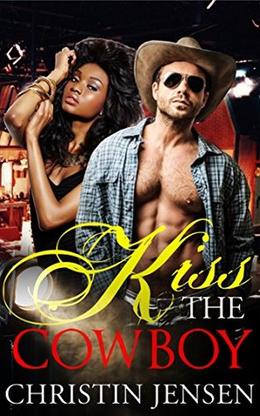 Glamorous Ophelia Watts , a versatile actress, can play any role except one: a cowgirl on top of a horse in a cowboy western film. She hated cowboy movies! She has no choice but accept that role after a secret billionaire takes over Hollywood, buying her acting agency and handpicks her for the part.

Cowboy Hunter Morrison is the secret billionaire producing Ophelia’s movie. He is Ophelia’s first lover and the reason why she hates cowboy movies. Hunter taught Ophelia horseback riding and the fine art of sex. They were going to run away but Ophelia suddenly disappears and leaves him for her acting career. He slaved his way to his fortune and he had only one motivation: to make Ophelia come to him and beg for his touch.

Their reunion is strained with both resentment and sexual tension. But Ophelia can’t deny the role she was born to play, to be Hunter’s lover once again. Ophelia gets back on his saddle and rides him to a frenzy while Hunter lassos her to submission so she would never leave him again.

Everything is happening exactly as Hunter planned until Ophelia begins to discover the depth of his obsession for her. In a hidden cabin where they first shacked up, Ophelia finds disturbing pictures of her that Hunter has collected over the years. More evidence piles up pointing to Hunter as the stalker who’d been haunting her for years. Ophelia starts to fear for her life as Hunter turns into a violent madman before her very eyes.

Can Ophelia forsake the unwavering devotion of the only man who can bring her to her knees and can she even escape the reach of Hunter’s undying love?

**Kiss The Cowboy is a standalone story. This is a BWWM Romance novella that is sure to surprise you with the many twists and turns***

'Kiss the Cowboy' is tagged as:

Similar books to 'Kiss the Cowboy'

All books by Christin Jensen  ❯

Buy 'Kiss the Cowboy' from the following stores: