The Theron Residency (Brides of Theron #4) 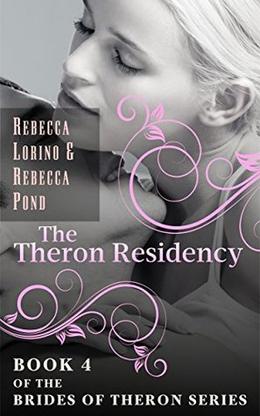 Laura Mason was a medical resident living in San Francisco, California, when she was abducted along with 16 other women to become Brides for the Warriors of Theron. It wasn't an easy adjustment for her to live with someone who had bought her at an auction. In order to gain her trust, her mate Ceran, found her a job working with the medical staff onboard the ship. She proves her worth and when they return to Theron, she is offered a position working in the hospital under Jeeka. With Zirlo's return and a rebellion brewing on Drylon, Laura must learn to embrace her healing gifts. She is taken from Theron by a long lost relative to learn the truth of her existence in this life.

Meanwhile, a war is brewing against Drylon, the mortal enemy of the Theron race. Zirlo and Zeb work among their allies to organize an plan to free the prisoners captured by Emperor Gatton ten years ago. However, they are not alone in their desire to rid the planet of Emperor Gatton. A rebellion is gaining strength among the repressed Drylon natives with Carel Fenwick organizing an army behind the scenes. His hope is to return peace to his family's home planet and help the people resume their position on the Intergalactic Council. He works undercover at the prison camp where he meets Jenaya, a recently captured Theron doctor. They find that they need each other to further their own goals. He wants to rise up in position among Gatton's guard, and she needs the medicine to heal her patient, Mattie.

Gatton knows the time is near. His brother, Uphir, is doing all he can to keep his brother alive. We learn who they are and why they want to bring death and destruction to the universe.
more
Amazon Other stores
Bookmark  Rate:

'The Theron Residency' is tagged as:

The 'Brides of Theron' series

Similar books to 'The Theron Residency'

Buy 'The Theron Residency' from the following stores: