by Jen A. Durand 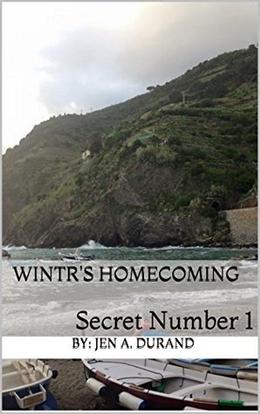 Jinx Wintr only wanted to talk one of her best friends out of an impulsive decision. Old memories and even older aquiantances had been unexpected and unwelcome. Dominic Lowell had not changed one bit. He yearned for family and a home. Only now he was hoping to build those things with her. Faced with the remnants of a childhood crush and the fear that history would repeat. Jinx could not decide. Should she continue to exist with a closed heart or should she trust the love of her wolf?

Dominic had lived a long time and still knew nothing about woman. He lived a life of service to his family and his clan. Now Dominic wanted to serve and protect this woman with soulful dark brown eyes, and forthright honesty. He wanted to focus on her before she let fear break what they could have. Unfortunately Weres were going missing worldwide, and Dominic's security company had been tasked with investigating. He has a few weeks to figure out what's going on and how to calm a girl with commitment issues as big as the Atlantic.
more
Amazon Other stores
Bookmark  Rate:

Recent books by Jen A. Durand

All books by Jen A. Durand  ❯