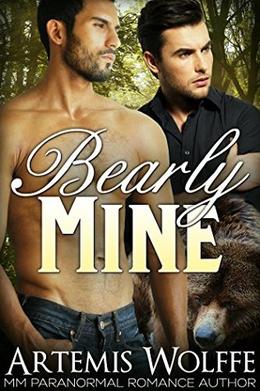 Cameron Parker and Lucas Grayson were inseparable best friends that shared everything together, until the summer they explored their harbored feelings for each other caused a separation spanning hundreds of miles

Now, fifteen years later, the death of a friend brings thirty year old Cameron back to his hometown, but coming face to face with Lucas after their parents tore them apart, wasn’t what he was expecting and following their brief rendezvous, he realizes he can’t live without him and what follows is a forbidden romance of love, longing and hurt that ignites danger and hatred within their small community.

For Lucas, ever since the bear inside him matured, he’s been ready to serve his kind and marry the woman chosen for him, but he hadn’t planned on the one person he’d ever loved walking back into his life, only, things are different now. He’s not the human that Cameron left behind and keeping the bear hidden proves to be harder than he thought, especially when the person you’re hiding it from is someone you can’t give up.

After things build up to a dangerous climax, Cameron finds out his life has changed forever, but is Lucas is responsible and is it enough to keep them together or will the explanation and revelation completely destroy everything they worked so hard to rebuild?
more
Amazon Other stores
Bookmark  Rate:

'Bearly Mine: M/M Shifter MPreg Romance' is tagged as: