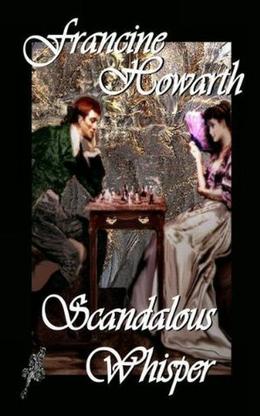 It is England, September 1818, and the Hon Mrs. Napier views the Earl of Kilder as a most desirable suitor for her daughter’s hand in marriage. Forced to engage with the extremely handsome and charming earl, a darker side to his nature is revealed and Christina despises his very presence. Worse, her twin brother cavorts with the earl in unmentionable pursuits, and equally bent on seeing her married to his favoured friend. Luckily, with the return of the 11th Dragoons from France, their eldest brother’s homecoming affords Christina brief respite from the earl’s overt attentions.

So too, the man Christina admires above all others has returned to the Netherwood Estate. A chance meeting and lingering eye contact with her heart’s desire stirs rebellion within her. Her mother impervious to an act of wilful subterfuge insists Christina will marry the earl, but Christina indulges in secret liaisons with the man of her dreams. With deception retribution must follow and a cruel price is to be paid when Robert Lord Devonish is recalled to duty, the regiment bound for India. What will become of her now there is no one to save her from the earl’s clutches?
more
Amazon Other stores
Bookmark  Rate: