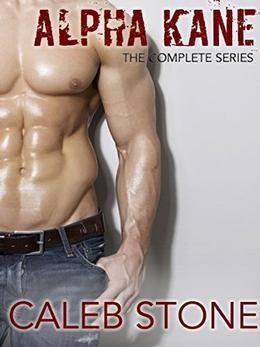 Twenty-one year old Liam Hopkins- a whiz with numbers, engaged to marry his boss’s daughter, and straight as an arrow. Or so he thought.

Donovan Kane- a self-made no-holds-barred billionaire who doesn’t take no for an answer- not in the boardroom, and not in the bedroom either.

Right from their first encounter, their explosive, albeit confusing chemistry is undeniable even to Liam himself-- flukes do happen, after all. But when a shady twist of fate brings the two together again, Liam will face the ultimate test...

And failing's not an option for Liam, not with everything he has on the line. But then again, Donovan Kane's not exactly one to back down, not until he's gotten exactly what he wants.

The entire eleven-book series for only $0.99!
more
Amazon Other stores
Bookmark  Rate:

All books by Caleb Stone  ❯