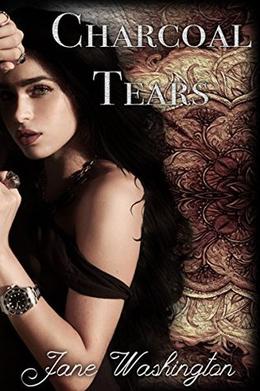 “You see, there is safety in simplicity… in a life of simple peace, where the electricity doesn’t dance across the backs of my eyelids, and the sparks don’t slither over my consciousness. Only asinine peace, where my paintings don’t seem to paint themselves, leaving me with terrible feelings of premonition and a chill beneath my fingernails.”

Seraph Black doesn’t care that she’s different, because she’s too busy trying to to make it from one day to another, guided by a simple set of rules: survive her father, protect her brother, put food on the table, and remain invisible.
A life of simple survival should have been easy, and it almost was, until Noah, Cabe, Silas and Miro bulldoze their way into her life, turning it upside down and setting fire to the remains.
The problem was, they weren’t the only people suddenly trying to take over.

A mysterious stalker had begun to send her creepy messages, and he was making it clear that there were no limits to how far he would go if Seraph didn’t comply with his demands.

The problem? It wasn’t possible to give him what he wanted, because she had a feeling that in the end, what he really wanted was her.
more
Bookmark Rate Book
Amazon Other stores