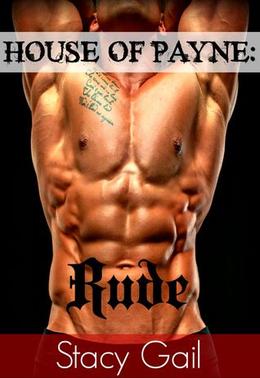 The Last Thing She Wanted…
From the moment Sass Stone overheard her social worker call her “broken,” she’s been hell-bent on proving her wrong. A broken woman doesn't have a posse of kickass friends, a foodie lover’s dream job and a string of pretty boys she enjoys playing with. Sure, she has scars, but they’re buried so far down no one even knows they’re there. Certainly her former foster brother, Rudolfo Panuzzi doesn’t know about them. The man she’d dubbed “Rude” could sniff around all he wanted, but it wasn’t going to get him anywhere. He’d never get inside—her pants, or her heart.

…Was The One Thing She Needed
A dozen years and several combat tours in the Marines has a way of maturing a man, and Rude is no exception. His last mission killed his closest friends and almost killed him, leaving him with wounds on both body and soul. When he looks in the mirror, the haunted eyes staring back remind him far too much of his sexy little foster sister, Sass. That’s when he knows there’s more to her than he ever imagined… and he’s imagined one hell of a lot.

When Want And Need Collide
One by one, Rude destroys the defenses that have kept Sass locked inside herself. But even as she reluctantly allows him to coax her out of her shell, a dark cloud casts its shadow on their world. Is it something from his past… or hers?

***This is the fourth book in the House Of Payne series, but each book can be read as a standalone. Not intended for readers under the age of 18 due to adult language and sexual content***
more
Amazon Other stores
Bookmark Rate Book

The 'House of Payne' series

Buy 'House Of Payne: Rude' from the following stores: