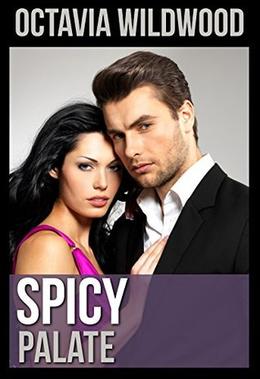 Beaten down by circumstance but never broken, Mina struggles to find her place in the world. The carefree girl with a wild streak is gone, so now she needs to figure out who she is. Moving to Los Angeles to compete on a cooking show is risky, but it will allow Mina to follow her passion.

And if she wins, the prize money will secure her and her son’s future.

There’s a lot riding on Mina’s venture, but emerging from the competition unscathed could be a challenge. Much to her dismay, the judge of the competition is Gavin Rothe.

The infamous celebrity chef is notorious for being a womanizing, hard-partying Hollywood bad boy. At first Mina can’t stand him, immediately dismissing him as an obnoxious rich jerk. But she wants to win that contest so bad it hurts, and Gavin knows it.

Food is more dependable than a man. Sure, food can be burned if you’re not careful – but if you let your guard down, a man can burn you.

This is a standalone novel that contains explicit adult situations.
more
Amazon Other stores
Bookmark  Rate:

'Spicy Palate: A Novel' is tagged as:

Buy 'Spicy Palate: A Novel' from the following stores: