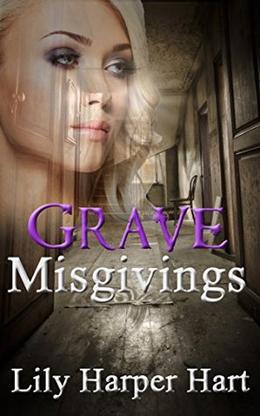 The Fourth of July holiday is almost upon them, and Maddie Graves and Nick Winters are celebrating with a high school reunion.
Nick is excited while Maddie is more … reticent. Bad memories and old insecurities are warring with her happy life and future. Instead of giving into her fears, though, Maddie agrees to spend the weekend at the infamous Denton mansion with a group of former classmates.
The weekend is filled with more than reminiscing, though.
The former lady of the house, Rose Denton, still haunts the property – and she’s not the only one. There’s also a pesky poltergeist on the hunt.
When Nick’s former girlfriend goes missing, everyone is a suspect. It seems someone from Blackstone Bay’s Class of 2005 might be a murderer – or something even worse.
Maddie and Nick are stuck. They know they’re in danger if they stay, and yet they can’t leave until fifty years worth of mysteries are solved – and Cassidy Dunham is found.
When things come to a head, Maddie is in danger again – and this time the enemy was one she didn’t see coming.
Can Nick solve the mystery in time to save Maddie? And can a long tortured soul finally find rest?
By the time fireworks hit the sky, both of those questions will be answered – and a whole lot more will come to light.
more
Amazon Other stores
Bookmark  Rate:

'Grave Misgivings' is tagged as:

The 'A Maddie Graves Mystery' series