Because of His Heart (For His Pleasure #27) 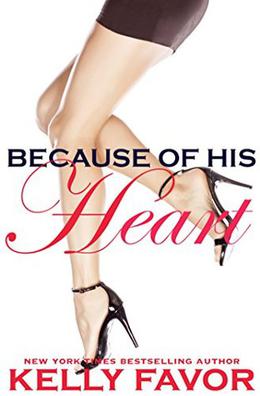 **Books 1-10 of this New York Times bestselling series are currently available as a boxed set for only 99 cents!**

Book 27 of the New York Times and USA Today bestselling series For His Pleasure has arrived, and it's sexier and hotter than ever...

Grace Knowles isn’t the type of girl to have sex in exchange for money. But when the unimaginably rich and handsome Liam Houston suggests just such an arrangement, she doesn’t exactly say no to him.

Instead, Grace goes to his room in the middle of the night, intending to give him a piece of her mind. But when Liam Houston finally gets his hands on her, nothing’s that simple.

Before long, Grace finds herself embroiled in an intense relationship with a mysterious and sexy man, and contending with a powerful family that doesn’t play games with their future.

In the end, both Grace and Liam will find themselves forced to fight for everything they hold dear, in order to keep their relationship alive.

Because of His Heart (For His Pleasure, Book 27) is a tale of lust, submission, power and ultimately--a love story for the ages.
more
Amazon Other stores
Bookmark  Rate:

'Because of His Heart' is tagged as:

Similar books to 'Because of His Heart'

Buy 'Because of His Heart' from the following stores: