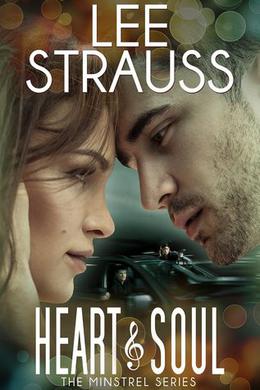 Gabriele Baumann-Smith is deliriously in love with her young husband Lennon.
Except, it turns out that Lennon Smith isn't his real name. In fact, he's full of secrets: a cottage on the southern British coast, an old girlfriend and... an identical twin brother.

Callum Jones—not his real name—can't believe his brother's widow came to England. He'd warned Mick—Lennon—that an inheritance could put the girl's life in danger, and he was right.

“Mrs. Smith” is the last thing Callum needs to worry about right now. She's beautiful, sure, takes his breath away at times. But when she looks at him, who does she see?

Gabriele's heart is battered and bruised. Can one brother fix what the other left behind? And will they live long enough to find out?
more
Amazon Other stores
Bookmark Rate Book

The 'The Minstrel Series' series

All books by Lee Strauss  ❯