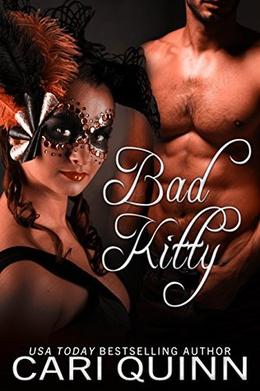 It's her last chance to nail her man...

Secretary Nikki Carson has spent the past year trying to forget her boss's Halloween party and her exciting secret encounter with her boss's hot twin, Patrick Nolan. Patrick hasn't mentioned that night since, much to Nikki's endless disappointment.

Years of following in the wake of his womanizing brother cause Patrick to wonder if Nikki even knows which twin she slept with. He can't believe she could possibly prefer him over her slick, polished boss. That doesn't mean he's been able to stop fantasizing about taking her again.

Against the wall. On the floor. Everywhere.

It's Halloween again, and trick or treat takes on a whole new meaning when Nikki and Patrick go for round two. Especially since Nikki's come prepared with a Domme kitty costume meant to drive Patrick wild.

And this kitty's ready to show her claws if she doesn't get what she wants.