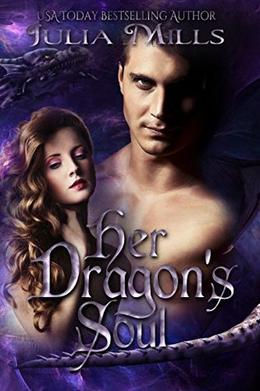 He’d seen the golden highlights of her strawberry-blonde hair glistening in the firelight and it was obvious. When the seductively soft scent of Angel’s trumpets with their light lemony overtones had invaded his senses, Liam Drennan just knew she was the one the Universe had made for him and him alone.
The few times he’d decided to go to her something had pushed him away, made it impossible for him to get near her. He’d felt the mating call, even sensed the beginning of the mating bond, but something dark almost evil within her had shut it down and denied him access to his mate. There was something about Hannah McKennon that didn’t add up.
Now, all Liam had to do was figure out how to tell his brethren’s mate that her best friend had something evil living inside her. Who was he kidding? There was no way this was going to end well for anyone involved.
Oh great! Just another day in paradise.
more
Amazon Other stores
Bookmark  Rate:

'Her Dragon's Soul' is tagged as:

Similar books to 'Her Dragon's Soul'

All books by Julia Mills  ❯

Buy 'Her Dragon's Soul' from the following stores: