Hired By Him (Alpha Billionaire #1) 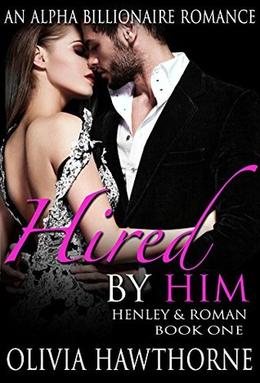 HE WAS A MAN WHO WORE THE PROMISE OF PLEASURE AS A SECOND SKIN.

Henley Bishop was a college student seeking to better her life. Raised in a strict household, she'd been sheltered and was venturing into an unknown world where the allure of danger lurked around every corner. Left without a place to live, she had no choice but to apply for a position as nanny to Roman Clarke's daughter.

Roman Clarke was a billionaire. Rich and powerful, he was a cutthroat businessman whose life was shadowed by pain and loss. For two years, he'd refused every woman's advance for love. However, when Henley Bishop walked into his life, his off limits heart stirred for a woman he couldn't quite figure out.

HIRED by Him is the first book in the Alpha Billionaire Series. Book Two: WATCHED by Him, will release soon.
more
Amazon Other stores
Bookmark Rate Book

Similar books to 'Hired By Him'

Buy 'Hired By Him' from the following stores: