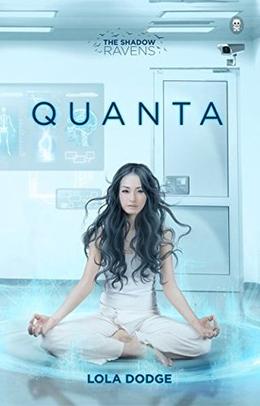 In the not-too-distant future, DNA determines a person’s place in the social hierarchy. The immortal Seligo rule while those branded as Red Helixes are killed at birth before their genetic instabilities can morph into destructive, uncontrollable powers.
Quanta is the rare exception to the Red Helix curse. Her code is unprecedented, making her a valuable specimen, but when the scientists figure out how she ticks, her organs will be in jars on Dr. Tenma Nagi’s desk. She’s only survived to twenty by playing catatonic and suppressing her ability to see through time and manipulate objects in space.
When genetics prodigy Altair Orpheus enters her padded prison, everything changes. His picture-perfect body looks like it was built from a catalog (it probably was), and he does the unthinkable, treating Quanta like a person instead of a lab rat. She falls hard for this bespectacled hottie in mismatched socks.
more
Amazon Other stores
Bookmark  Rate:

'Quanta' is tagged as:

The 'The Shadow Ravens' series

All books by Lola Dodge  ❯

Buy 'Quanta' from the following stores: