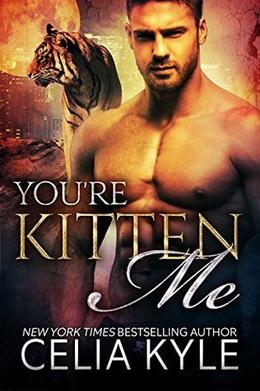 Braden, the Second in the national weretiger pride, put Veronica on a plane back to wolf lands for her own protection. With DoPE—the Department of Paraphysical Entities—secretly determined to control shifters through any means necessary, he needed her out of harm’s way. Especially since “any means necessary” includes the forced mating of the daughters of alphas to humans of DoPE’s choice.

But going home didn’t keep Veronica safe—DoPE still went after her—so now she’s back in Wilden… Back with him. With her so close, her delicious scent calling to him, taunting and teasing him at every turn, he’s not sure he can resist the curvaceous, delicious Veronica much longer. Screw it. He can’t. He wants her and he’ll figure out a way to have her—even if he is a tiger and she’s a wolf.

Except DoPE hasn’t given up. They have new tricks up their sleeves—deadly ones—and they’re resolute to test them on Braden. Can he survive their tactics and keep Veronica safe?

The Tiger Tails series:
Fast and the Furriest
You're Kitten Me
more
Amazon Other stores
Bookmark  Rate:

'You're Kitten Me' is tagged as:

Similar books to 'You're Kitten Me'

Buy 'You're Kitten Me' from the following stores: