Ignite Me (The Annihilate Me Series) 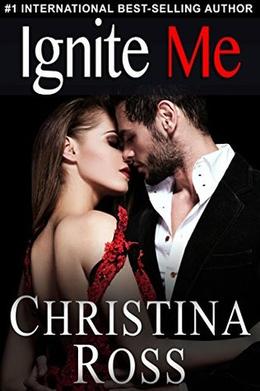 The series with more than a million books sold!

When Madison Wells lands the job to become Barbara Blackwell’s personal assistant at Wenn Enterprises, she thinks she knows what she’s getting herself into. After all, Madison is no fool. Armed with her MBA, she has done her research. And she’s read about Blackwell’s brutal reputation as a hardcore perfectionist.

But reading about a woman—and actually working for the woman in question on a daily basis—are two very different things, indeed, which Madison soon finds out in ways that are equal parts harrowing, humiliating, and hilarious.

With a swiftness that startles, Blackwell tests Madison’s mettle by dishing out a bevy of whims—and also by hammering her with an overwhelming amount of work. Can Madison handle the heat? Moreover, will she be able to prove to Blackwell that she should be given the chance to rise up through the ranks at Wenn, which is her ultimate goal?

All of that comes into question when Madison meets Wenn’s newest employee Brock Wenn, the sexy, gorgeous-looking cousin of Wenn’s CEO Alexander Wenn. The moment they meet, the electricity that sizzles between them is instant and undeniable, so much so that Madison’s ability to focus on her job starts to waver, something Blackwell notices at once—and simply won’t have.

The flames of desire run high and hot in “Ignite Me,” the newest, stand-alone installment in Christina Ross’ hugely popular and best-selling “Annihilate Me” series.
more
Amazon Other stores
Bookmark  Rate:

'Ignite Me (The Annihilate Me Series)' is tagged as:

Similar books to 'Ignite Me (The Annihilate Me Series)'

More books like 'Ignite Me (The Annihilate Me Series)'   ❯

Buy 'Ignite Me (The Annihilate Me Series)' from the following stores: