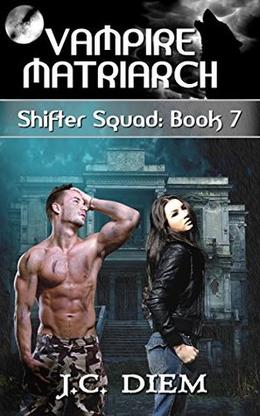 On a quest to hunt down her mother, Lexi underestimates just how powerful the vampirism in her system has become. Intent on murder, she is instead drawn in by false promises and sweet lies. Katrina rules her nest through intimidation and fear, but she possesses a talent that no other undead creature has ever had before. This makes her far harder to kill than Lexi had anticipated. It will take cunning and ingenuity to end the master vampire’s life.

Lexi isn't the only one who is suffering. Reece is going through his own form of torment. The perfect life he’d experienced in a succubus induced dream is just a figment of his imagination. Nothing is as he’d expected since leaving the Shifter Squad and joining his pack.

At the next full moon, Lexi becomes something that has never existed before. Part wolf, part vampire and part something else, she sets out to confront the mate who abandoned her. Reece Garrett is responsible for her becoming an abomination. She decides that it is high time he answered for what he did to her.
more
Amazon Other stores
Bookmark  Rate:

'Vampire Matriarch' is tagged as: