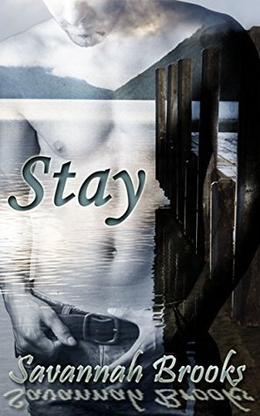 Growing up in Texas, Blake Stevens’ childhood held few happy memories. His dad drank and his mom worked double shifts. Things were okay, to say the least, but everything changed for the worse when the few friends he thought he had outed him to the whole school at sixteen and his boyfriend turned against him. A couple years later, his parents abandoned him after his dad caught him kissing another boy. He thought things might turn around when he enlisted in the Marines. He met a guy who quickly became his best friend, someone Blake thought might actually stick around. But apparently one caring person in his life was too much to ask for. His best and only true friend left him, leaving Blake to once again, face the world alone.

Asher Collins grew up surrounded by a loving, supportive family and is beyond grateful for them. He cares about everyone he meets, sometimes too much. Losing a friend is hard. Losing a boyfriend is debilitating. Ash doesn’t like being alone. He wants to find and fall in love with that one person he knows is out there somewhere, but after his last breakup, he’s hesitant to go looking. He figures, if it’s meant to be, the right guy will eventually come along. Until then, he’s content in helping to manage his family’s ranch and summer camp.

Their paths cross when Blake comes looking for work and Ash hires him to help with the busy summer season. Within hours, Ash sees past the mask Blake is trying to hide behind and Ash's caring nature takes over. He breaks down the first of Blake’s walls before the day is out, offering to help Blake in any way he can. For Blake, it’s too much too soon and he panics. He’s conflicted and scared. He’s drawn to Ash, but is certain that the moment he lets him in, Ash will abandon him too.

Blake’s heart is closed off and broken. Ash’s heart was invested the moment they met. If Ash can find his way in, both might find exactly what they’ve been looking for.
more
Amazon Other stores
Bookmark  Rate:

'Stay' is tagged as:

Buy 'Stay' from the following stores: