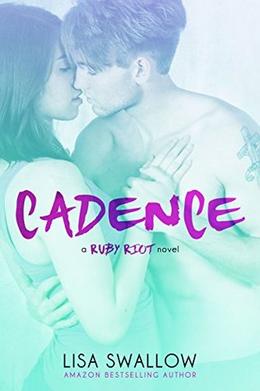 Tegan Hughes joins Blue Phoenix and Ruby Riot on tour, and drummer Bryn isn’t the only one who notices his little sister isn’t a kid anymore.

Jax Lewis is the guitarist for Ruby Riot and the band are rising to success. He’s hot property and loving every minute of his new found fame. Now, he’s on tour supporting Blue Phoenix and living his rock star life to the full. Until Tegan walks into his world and puts the brakes on.

Tegan Hughes is taking a year out and has her sights set on touring Europe with her big brother’s band. Blue Phoenix drummer, Bryn isn’t happy when his sister arrives unannounced at his hotel in Lisbon, but Tegan isn’t the type of person to take no as an answer.

With her big brother breathing down their necks, Jax and Tegan attempt to keep a handle on their growing attraction but that proves harder than they thought. Jax is used to getting whoever and whatever he wants and after kissing Tegan once, he knows one thing…he wants more.

Tegan isn’t rock star girlfriend material. She has ambitions of her own and refuses to let anything stand in the way of her plans. But when Jax and Tegan’s relationship becomes public knowledge life becomes a hell of a lot more complicated.

Ruby Riot is a spin-off from the Blue Phoenix books but the two series can be read separately. All the Ruby Riot books are standalone.

'Cadence' is tagged as:

All books by Lisa Swallow  ❯

Buy 'Cadence' from the following stores: