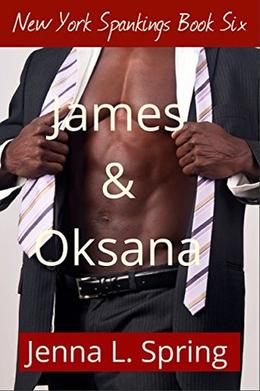 Oksana is a woman on the prowl. Fed up with the New York dating scene, she wants a man who can satisfy her, both in bed and intellectually. Too bad the man who fits the bill demands the one thing she can never give - her submission. She doesn’t mind playing bedroom games, but allowing a man to give her discipline unnerves her, no matter how much she deserves it.

Detective James Robinson has a list of qualities for the perfect woman. Petite, submissive, demure, smart, and attractive. While Oksana is sexy and intelligent, the tall, brash woman is the polar opposite of submissive. Will he be able to stand by while she makes dangerous mistakes, or will his overwhelming desire to put her over his knee for a good, old-fashioned spanking spell the end of their relationship?

This book contains adult material, including the consensual spanking of an adult woman. If such material offends you, please do not read this book.
more
Amazon Other stores
Bookmark Rate Book