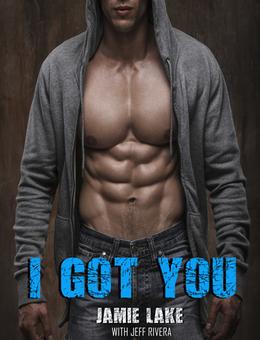 When college student Jake is left for dead on the side of the road, he has one thing on his mind: Learn to defend himself against the men that gay bashed him.

And fight back or die trying.

Aspiring MMA trainer Benjamin is on his last leg, literally. As a wounded warrior, he's scarred from a broken heart that has nearly broken his spirit.

So when Jake approaches him for lessons and tells him his story, it touches his heart.

The more time Jake and Benjamin spend together, the more they realize they’re becoming best friends.

The more time they spend together, the more they realize they can't live without each other.

The more time they spend together, the more they realize they’re falling in love.

But Jake has a secret, one that could change everything....

Similar books to 'I Got You'

All books by Jamie Lake  ❯

Buy 'I Got You' from the following stores: