The Muscle: Part One 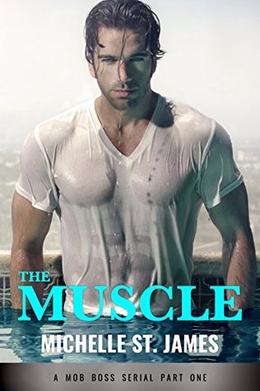 Luca Cassano is off-limits, hard-to-reach, and hotter than hell. Can you handle it?

After the turf war that almost got Luca killed, a job in Miami working as a bodyguard sounds like just what the doctor ordered; sun, sand, and a completely straightforward job.

But as soon as he lays eyes on Isabel, he knows that being the hired muscle will be more a lot more complicated than he imagined.

Isabel Fuentes knows people think she’s spoiled and callous. Being the daughter of a notorious drug lord will do that to a girl, and things have only gotten worse since her father’s death. Now his drug empire is run by her brother, Diego, and while their father might have been a man without a conscious, Diego is a more dangerous animal entirely.

At first, Isabel thinks Luca is just another hired gun. Someone to keep her from pulling the wild stunts that remind her she’s still alive — that there’s still hope for something else. But it doesn’t take long to realize there’s more than meets the eye under Luca’s very hot facade.

And that is a complication Isabel doesn’t need.

But when Diego reveals a nefarious reason for keeping Isabel close, she’s forced to rely on Luca instead of keeping her distance. Now he may be the only one who can save her — and the one man who can bring her alive with his touch.

This is the first of a three part serial featuring the smoking hot Luca Cassano from the Mob Boss Series (RUTHLESS, FEARLESS, and LAWLESS). That series and this one are independent of each other -- you can read either one first. Each installment of the Muscle will be approximately 125 pages and will be released two weeks apart.

'The Muscle: Part One' is tagged as:

Similar books to 'The Muscle: Part One'

Buy 'The Muscle: Part One' from the following stores: