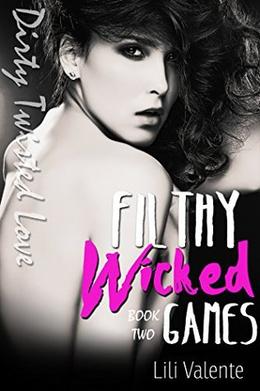 Warning: This book is rough and raw, sick and twisted, and hot enough to set your panties on fire. Read with caution (and spare panties).

Harley’s been through hell before, but she’s never met anyone as wickedly sexy as the man her ex has become. Clay is one twisted bastard. The only thing more twisted is the way her body ignites every time they touch.

She can’t say no.

And both of them are determined to be declared the victor in the filthy, wicked game they play.

But sometimes even the sexiest games turn deadly, leaving innocent lives caught in the crossfire…

* *Filthy Wicked Games is the second installment in the Dirty Twisted Love romance series. It is a spin off of the Bought By the Billionaire series, but can be read as a standalone romance. This is a SERIAL story, with a CLIFFHANGER ending. If you don’t like being teased, steer clear.* *
more
Amazon Other stores
Bookmark  Rate:

'Filthy Wicked Games' is tagged as: