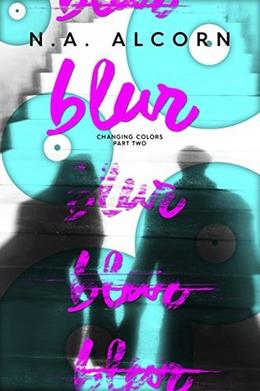 When Dylan’s band is offered a deal they can’t refuse, within a month they’re in LA, signing with Wallace & Wright Records.

Then Brooke walks in and changes everything. Not only does she work for the record label, but she’s also producing their debut album.

Like someone else pressed play on Brooke's future, she knew there was no rewinding, no take two. That was until Dylan came blaring back into her life at full volume.

He broke down her walls.
She ruined him for everyone else.
Desire and regret, passion and pain, their love wouldn’t stop consuming them.

Sometimes appearances can be deceiving.
This isn’t a love triangle, this is something different.
more
Amazon Other stores
Bookmark  Rate:

'Blur' is tagged as:

All books by N.A. Alcorn  ❯

Buy 'Blur' from the following stores: