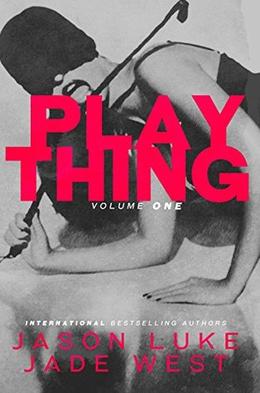 I’ve been sold. That’s what he tells me. Sold as a rich man’s plaything to the highest bidder. I’m to be shipped to the other side of the world, where I’ll disappear without a trace. I’ve nobody coming after me, nobody who’ll even know I’ve gone.

But I’m no plaything.

I’ve already been rejected for sale once. Not fit for purpose. Too fiery, too uncouth.

They’ve sent in the big guns, him. The dark sheep of the family, and the only man left who stands a chance of taming me.

We’ve both got everything on the line – his business empire, and my very existence.

*Warning* Contains sexual practices and situations some readers may find offensive. We hope you know the drill by now. 18+ only, most definitely.
more
Amazon Other stores
Bookmark  Rate:

'Plaything: Volume One' is tagged as:

Similar books to 'Plaything: Volume One'

Buy 'Plaything: Volume One' from the following stores: