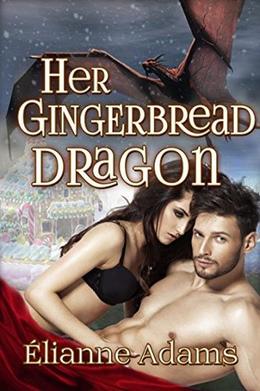 Leaving the city behind, Maddison Campbell tries to build a life for herself in the sleepy village of Glen Farley. Little did she know, when a man followed her into the bakery and saved her from a less than honest sales person, that the man would be a dragon shifter.

As soon as Luke Spence caught Maddison’s scent, he knew he had to have her—he would have her. All he had to do was convince the human woman that she was his mate.
more
Amazon Other stores
Bookmark  Rate:

'Her Gingerbread Dragon' is tagged as:

Similar books to 'Her Gingerbread Dragon'

Buy 'Her Gingerbread Dragon' from the following stores: