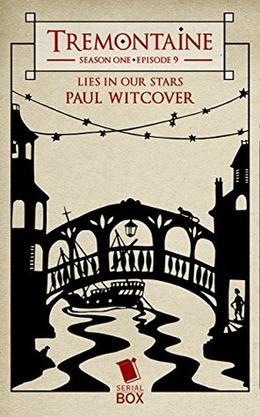 Plots within plots ratchet up the intrigue in this week's installment of Tremontaine, the episodic web series set in Ellen Kushner's Swordpoint universe.

A moment of staggering inspiration and insight sets events in motion that have the potential to fracture friendships, shatter alliances, and remake the balance of power in the city . . . and the world. As Micah explores the implications of her discovery, and Rafe moves quickly to exploit them, Kaab is faced with a calamity that threatens not only her own future, but that of her family and the Kinwiinik people.

This episode is brought to you by guest writer Paul Witcover, who wants to thank Ellen Kushner and the rest of the Tremontaine writers’ room for the chance to play in their sandbox.

Lies in Our Stars continues the 13-part serial, Tremontaine, presented by Serial Box. This prequel to the cult classic Swordspoint is brought to you by the collaborative effort of a team of writers under the creative direction of Ellen Kushner herself. Join the dance of swordplay and scandal, week after week, on SerialBox.com

And don’t forget to share the love! If you’re enjoying Tremontaine, help us get the word out by liking us on Facebook, following us on Twitter and Tumblr, and telling your friends about us! We’d also love to hear what you think so please give us a review!
more
Amazon Other stores
Bookmark  Rate:

'Tremontaine: Lies in Our Stars:' is tagged as:

Similar books to 'Tremontaine: Lies in Our Stars:'

More books like 'Tremontaine: Lies in Our Stars:'   ❯

All books by Paul Witcover  ❯

Buy 'Tremontaine: Lies in Our Stars:' from the following stores: