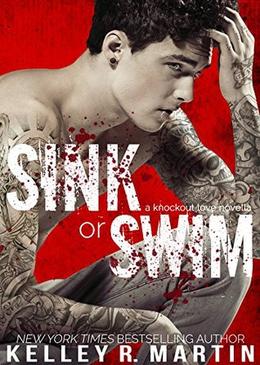 Declan Whitmore is used to fighting for what he wants, both in and out of the ring. His Pops used to tell him that anything worth having in life would take work. Declan thought he took the motto to heart, especially when Savannah came into his life.

With a razor-sharp tongue and intolerance for bullshit, Savannah was the complete opposite of what Declan usually went for, but he quickly realized she’s everything he didn’t know he needed. Declan, however, was everything Savannah needed to stay away from. She had a dark, troubled past and was fighting to keep her head above water. She simply didn’t have room for a beautiful, six-foot-three fighter, whose compassion and filthy mouth had the power to bring her cynical, jaded ass to its knees. But Declan wanted Savannah, so he fought for her. And he’s never lost a fight.

Declan is head over heels in love with Savannah, but the ghosts from her past haunt them both now. It puts a strain on their new relationship that neither knows how to fix, but Savannah’s determined to try. For the first time in her life she has something worth fighting for, and she’ll be damned if she loses anything else.

Similar books to 'Sink or Swim: A Knockout Love Novella'

Buy 'Sink or Swim: A Knockout Love Novella' from the following stores: