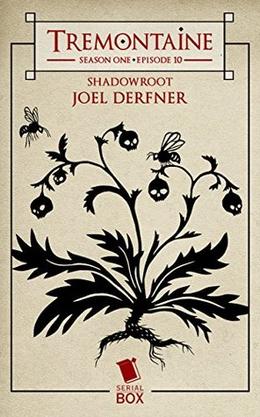 Flashing swords and eerie dreams set the stage for murder in the tenth installment of Tremontaine, the episodic online serial set in the world of Ellen Kushner's beloved Swordpoint.

When Tess finds herself plagued by mysterious dreams of her murdered ex-protector, Ben, Kaab vows to solve the mystery. But she may never get the chance, for Reynald is on her trail, with more murder on his mind. Meanwhile, Will tells Diane of Micah's discovery, but her response is not what he had hoped for. And Micah gets an unexpected job offer.

This episode is brought to you by Joel Derfner and continues the 13-part serial, Tremontaine, presented by Serial Box. This prequel to the cult classic Swordspoint is brought to you by the collaborative effort of a team of writers under the creative direction of Ellen Kushner herself.

Join the dance of swordplay and scandal, week after week, on SerialBox.com

And don’t forget to share the love! If you’re enjoying Tremontaine, help us get the word out by liking us on Facebook, following us on Twitter and Tumblr, and telling your friends about us! We’d also love to hear what you think so please give us a review!
more
Amazon Other stores
Bookmark  Rate:

All books by Joel Derfner  ❯