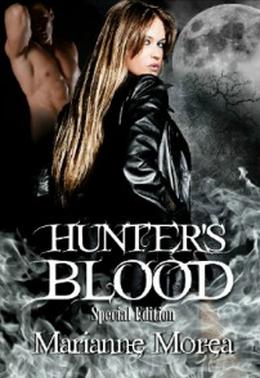 Revenge…it’s a way of life for psychic Lily Saburi. Haunted since the brutal murder of her best friend and partner, she’s obsessed with retribution—a vigilante bent on striking a blow for humanity against the shadowed world of the supernatural. Prey turned predator she aims to even the score—one bullet at a time starting with the beast that changed her life forever.

Prepared for Armageddon she’s in for the fight of her life. But when mortally wounded by a diseased and insane Were, Lily is rescued by a most unlikely savior—Were-hunter, Sean Leighton. Sexy and powerful, Leighton is charged with destroying anything infected with the deadly pathogen threatening the survival of his pack, and that includes Lily. But their immediate attraction leaves them both breathless and confused. As Lily grapples with truth about herself, Leighton is faced with the looming reality that he will most likely have to kill the woman he’s falling in love with. Only time will tell if they are destined to be together or if they’ll fall victim to the Hunter’s Blood.
more
Amazon Other stores
Bookmark  Rate:

The 'Cursed by Blood' series