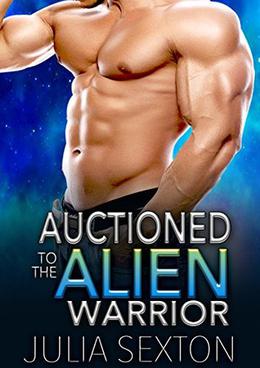 Eliana Paxton, a curvy virgin , is kidnapped from the safety of Earth to be sold in the gruesome black market of the planet Hepton, she plans an escape.

If deception and being auctioned off to a bunch of rich aliens weren’t enough to break her down, Eliana is even more terrified at the idea of ending up as a sex slave.

Seductively handsome and dangerously sexy , Rox of the planet Hepton is ruthless, sexy, dominant and incredibly hot alien alpha who seems to be the last person to make a bid. But, when the muscular hunk sets his eyes on this beautiful woman in her most vulnerable state, Rox is far from controlling his mating urges.

With no chance of escape without the help of her brusque captor, Eliana must decide if her owner is truly the monster that she suspects him to be or if his intentions might be nobler than she gives him credit for.

No matter how hard it is for the rugged warrior to calm his mating urges, the aroused alien will stop at nothing to mark its mate, especially when her scent is driving Rox wilder than ever…

Now, it’s just a matter of time before the curvy woman finds out what it really means to be auctioned to a wild, sexy alien warrior!

Reader Note: This content contains hot romance with some scorching sex scenes and adult language. Only for adult eyes!

'Auctioned To The Alien Warrior' is tagged as:

Similar books to 'Auctioned To The Alien Warrior'

More books like 'Auctioned To The Alien Warrior'   ❯

All books by Julia Sexton  ❯

Buy 'Auctioned To The Alien Warrior' from the following stores: