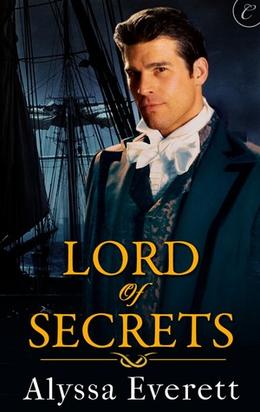 Lord of Secrets is the story of a young woman, Rosalie Whitwell, who’s spent most of her life sailing the globe with her father. When he suffers a fatal heart attack in the middle of the North Atlantic, she turns in her panic to a fellow passenger–the moody, mysterious Lord Deal.

Having witnessed his father’s suicide years before, David Linney, Marquess of Deal, has withdrawn from society, living the life of a recluse. Even so, he’s drawn to his pretty shipmate, like him the victim of family tragedy.

The end of the voyage spurs David to propose. But on their wedding night, Rosalie meets with an unwelcome surprise: her handsome husband is strangely unwilling to consummate the marriage. Is her own lack of allure to blame, or is there some other reason for David’s reluctance? To find the answer, Rosalie must unlock the secret of David’s past.
more
Amazon Other stores
Bookmark  Rate:

'Lord of Secrets' is tagged as:

Similar books to 'Lord of Secrets'

Buy 'Lord of Secrets' from the following stores: