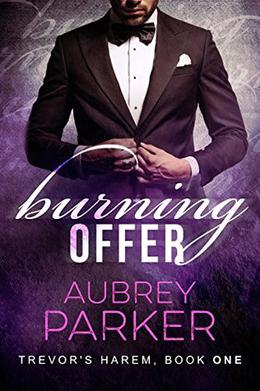 The anonymous invitation that someone slipped under my door promises $1,000. Just for meeting a man downtown, in a public place, no questions asked.

There’s no catch. I’ve checked. A banker vouched for the offer, the funds, and the wealth of my unknown host. I just have to show up. And given what’s gone wrong in Miami, I’m desperate for money.

A man I can’t stand I can make more than I ever imagined, Daniel Rice tells me, if I agree to take part in a competition.

But Daniel doesn’t impress me, with his tailored suit and silver cufflinks, with his big hands and callous manner. If Daniel is Trevor Ross’s right-hand man, I don’t even want to hear about Trevor’s little contest.

It doesn’t matter how rich Trevor is. Daniel is a brute and a bastard, and for some reason he seems to hate me.

Everything in me screams to run away, no matter how much I’m secretly drawn to Daniel.

So why am I still here?

A proposal I can’t believe Daniel is like an addiction, chipping away at my resolve, piece by piece.

Just get into the limousine. Just get on the private plane. Just fly to an airstrip at the foot of the largest, most luxurious estate I’ve ever seen. Just stay the first night, then another. Tell no one where I’ve gone, or why.

At each stage, they offer more money, easing me into the competition with all the other girls.

I just wish it was only the money keeping me here.

An offer I can’t refuse I only need to stay here in this place to make all that I need. I don’t even have to “participate” like the other girls do.

There are twelve of us, but alliances were forming before I arrived. There are the three hired men, each one hotter than the last. There’s Trevor. And Daniel -- who the rules say I must stay away from. But I can’t.

Daniel tells me I’m his, not Trevor’s or anyone else’s. He says he owns me. I hate the way he talks to me. But I can’t resist him, no matter the penalty.

The rules say I can leave whenever I want.

But for some reason, I don’t.

'Burning Offer' is tagged as:

All books by Aubrey Parker  ❯