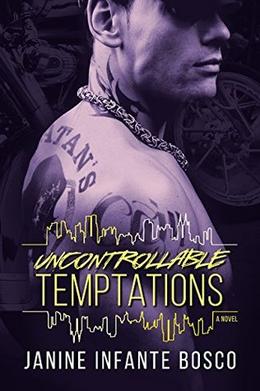 Crazy: Mentally deranged, especially as manifested in a wild or aggressive way.

I was thirteen when I discovered the definition of the word I’d forever be labeled.
Some used it as a figure of speech but for me it was a scar I’d carry through life.
Or so I believed until I was diagnosed a manic depressive.
I’m the president of the Satan’s Knights Motorcycle Club, a man of power and control.
A man with enemies near and far.
But the truth, my truth, is my biggest enemy— my mind and I live most of my life with no control whatsoever.
I’m just a man who battles his demons, a man destined to live a life full of darkness.
Until her.
She’s the light beckoning me, calling me home, away from the torment.
In a world as dark as the one I live in, sometimes I can’t help but crave Sunshine.

I was lost, broken and a prisoner of my scars.
A shell of the woman I used to be, who didn’t know the difference between living and merely existing.
Until a stranger found me, fixed and freed me. He breathed life into my soul, reminding me I was a survivor and still had life to live.
My savior is a biker.
A man tortured by his own scars. A man broken like me, maybe even a little lost too.
I want to be his remedy.
I want to heal him.
I want to return the favor and be his savior.
This is our story, a story neither of us knew how to write until we found each other.
more
Amazon Other stores
Bookmark  Rate:

'Uncontrollable Temptations' is tagged as: