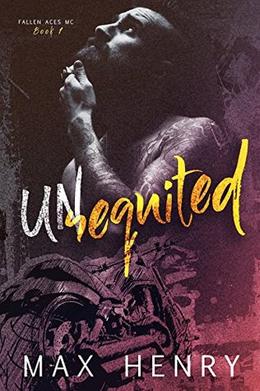 She was, still is, and will never be anything but my everything.

Our love was all consuming, passionate, and forbidden. We took risks to be together, carrying on an affair for months before her psychotic drug lord husband found the truth behind the lies. She barely escaped with her life … and that of my son.

My club president told me that our love was no longer worth the risk, gave me a choice, and loyalty to the club being what it is, I walked away from her. I left behind the only thing I’ve ever wanted more than life itself and remained the dutiful soldier to a corrupt leader.

Six years and a promotion to club president later, it’s time the lies stopped. She IS worth the risk, I’ve NEVER gone a day without thinking about her OR my son, and I know underneath it all she DOES still love me. She just won’t admit it … yet.
more
Amazon Other stores
Bookmark  Rate:

'Unrequited' is tagged as:

All books by Max Henry  ❯

Buy 'Unrequited' from the following stores: