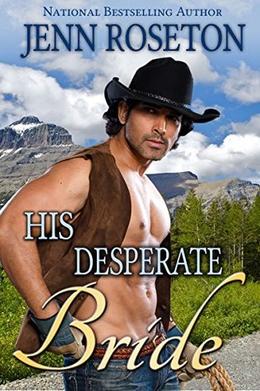 Curvy Summer Walsh is in trouble. Accused of embezzlement, she’s determined to clear her name.

When she meets Ford Coltson, she tells herself she has no time for romance. She only has a few days before her crooked boss turns her into the authorities for a crime she didn’t commit!

Ford vows to help her, and Summer loses her heart to him in the process. But does he feel the same way about her? The good looking rancher can have any woman he wants. Does he really want her – and her curves?

You may also enjoy:

“His arm came around her, so they stood side by side. Like they were a couple. But they weren’t. She had to remember that.

The warm strength of his hand against her shoulder sent ripples of excitement rushing through her. How could just his touch affect her like this? What would it be like if they kissed? Or - she swallowed hard – they did more than kissing?

She would be in total meltdown.

“Probably the same thing we were.” Ford remained by her side, his breath tickling her earlobe. “Looking for evidence that compromises him.” He let out a soft chuckle. “I bet he got a shock when I turned up today claiming I was your fiancé. It probably spooked him, knowing you’re not alone and as defenseless as he thought.”

“I think you’re right,” she murmured. If only Ford wasn’t her fake fiancé, though. If only he was her real fiancé.”
more
Amazon Other stores
Bookmark  Rate:

'His Desperate Bride' is tagged as:

Similar books to 'His Desperate Bride'

All books by Jenn Roseton  ❯

Buy 'His Desperate Bride' from the following stores: