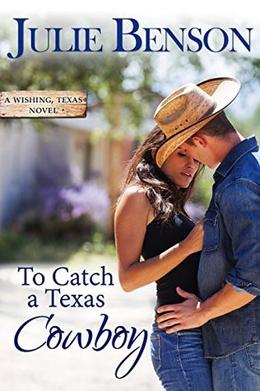 Grace Henry needs a reboot. Laid off and unable to find a new job in her native NYC, Grace heads West to Wishing, Texas to run her best friend’s bed and breakfast. But before she hits the city limits, to her luck, Grace rear ends the chief of police’s truck. As the mouth watering western dream peels off his shirt to clean her cut, she reminds herself what cops are like—cynical, inflexible, curious and controlling. Her NYPD father taught her that fact.

FBI agent AJ Quinn is undercover in Wishing to catch a forger. Though his best friend lives in Wishing and he always longed to buy land there, Wishing is an annoying detour from his purpose, working major cases and fulfilling the vow to his father to make a difference in the world. But when Grace crashes into his life, AJ suddenly finds himself questioning his direction and determination to remain single.

Though Grace and AJ insist they don’t want a relationship and are wrong on too many levels to count, when the head says no, the heart says yes…..

'To Catch a Texas Cowboy' is tagged as:

Similar books to 'To Catch a Texas Cowboy'

More books like 'To Catch a Texas Cowboy'   ❯

Buy 'To Catch a Texas Cowboy' from the following stores: