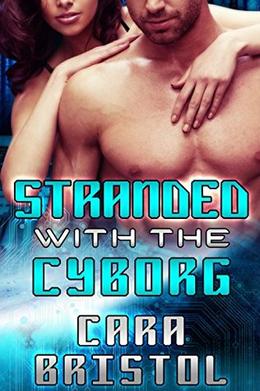 Penelope Aaron, the former Terran president’s daughter, regrets how she got Agent Brock Mann booted from the security force. But now that she’s an interplanetary ambassador about to embark on her first diplomatic mission, she still doesn’t want him tagging along. Especially since he seems to be stronger, faster, more muscled, and sexier than she remembers. And pretending to be her husband? This mission couldn’t get more impossible!
Ten years ago Penelope Isabella Aaron had been a pain in Brock Mann’s you-know-what. Much has changed in a decade: “PIA” as he code-named her, has grown up and is about to attend her first Alliance of Planets summit conference, and Brock has been transformed into a cyborg after a near-fatal attack. Now a secret agent with Cyber Operations, a covert paramilitary organization, Brock gets called in, not when the going gets tough, but when the going gets impossible. So when he’s unexpectedly assigned to escort Penelope to the summit meeting, he balks at babysitting a prissy ambassador. But after a terrorist bombing, a crash landing on a hostile planet, and a growing attraction to his protectee, Operation: PIA may become his most impossible assignment yet.
more
Amazon Other stores
Bookmark  Rate:

'Stranded with the Cyborg' is tagged as:

Similar books to 'Stranded with the Cyborg'

Buy 'Stranded with the Cyborg' from the following stores: