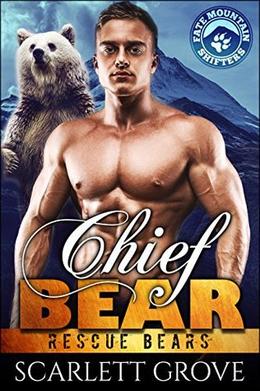 Worlds apart ...
On Fate Mountain, Levi Blackthorn is alpha of his bear clan and leader of the search-and-rescue crew the Rescue Bears. He and his fellow ex-Navy SEALs are closer than brothers. In a world where shifters often battle prejudice and even violence from humans, they face whatever comes together.

Juliet Hernandez is a soft-hearted, strong-willed graphic designer with a close circle of friends. She doesn’t like risk, but she’s always there when someone needs her.

Brought together ...
One of Levi’s crew has started a shifter-human dating website. Despite his misgivings, Levi signs up -- after all, male shifters outnumber females, and both man and bear are ready to find a mate and settle down.

When he meets his curvy human match, his bear roars in approval -- and Levi wants to claim her immediately. But it’s not that easy. Juliet’s last relationship was hell, and though the handsome alpha’s touch makes her melt, his possessiveness makes her wary.

To give fate a hand
Can Juliet let go of her past and trust the wild heart of her shifter mate, enabling them to forge a bond deeper than any challenge the world might bring? Or will their differences prove too great to overcome?
more
Amazon Other stores
Bookmark  Rate:

'Chief Bear' is tagged as:

All books by Scarlett Grove  ❯