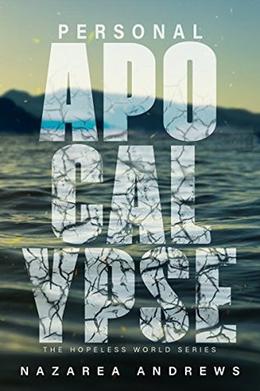 Josiah grew up in a dying world. The Holdout survived, but when you are the son of Sylvia Cragen, you give up delusions early. He knew that they would die bloody--it wasn't a matter of if. Only when.
Parker shouldn't be alive. He should have died long before scouts from the Last Holdout rescued him. And he knows better than to believe that sailing away from the safety of the Holdout is a good idea.
Now, without the Holdout to protect them, all of his nightmares are coming true. Josiah is just crazy enough to believe that a fresh start is a good thing. But Parker has lived as prey, hunted by zombies and survivors before--and he knows that no one really survives. In the wild, zombie claimed world outside the walls of safety, there is only the dead walking.
The first in a exciting new series set in the zombie world of THE WORLD WITHOUT END.
more
Amazon Other stores
Bookmark  Rate:

'Personal Apocalypse' is tagged as:

The 'The Hopeless World' series