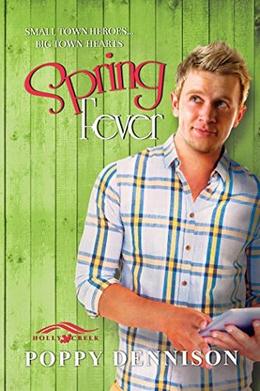 Jefferson Lee Davis, Holly Creek’s new Director of Publicity, is gearing up for the next big town event, the summer Rose Festival. The job is running smoothly, but the course of true love has hit a rocky patch. His hunky boyfriend, Sheriff Zane Yarbrough, is receiving mysterious phone calls he doesn’t want to discuss. While Jefferson Lee is blindsided by jealousy, the second shoe drops with the appearance of a handsome stranger in the small tight-knit community. Needing answers, Jefferson Lee enlists his best gal-pal Clover Crofton to help find out what secrets Zane is hiding. When they land themselves in more trouble than Jefferson Lee bargained for, he and Zane face the first big test of their relationship. Zane and Jefferson Lee must work through their trust issues if they’re going to make it as a couple, and Clover may just have a thing or two to learn herself.
more
Amazon Other stores
Bookmark  Rate:

'Spring Fever' is tagged as: