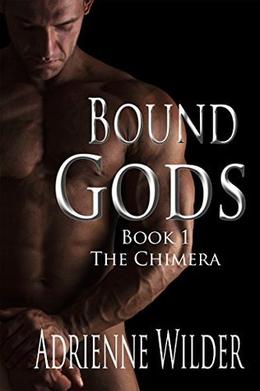 Kaleb Holten’s father’s debt to an underground group The Association has just been called in, and the man can’t pay the loan. Instead of turning over his wealth, he releases his son and Kaleb finds himself thrown into a world where a class of men see themselves as untouchable. Going so far as to call themselves gods.

After the Great Economic Collapse there are no laws that cannot be broken. And Kaleb is forced into a ten-year sentence of servitude where he will have no say, no rights, no value and yet be coveted and protected as if he were a priceless treasure.

Leo Roan, has slipped the noose the Association bound him with by breaking his addiction to ambrosia and Kaleb Holten was supposed to be his last assignment as a doxie Master. But something about the boy begins weaving a new net that will not only ensnare him but the conscious darkness inside, that craves pain, agony, suffering, and death.
more
Amazon Other stores
Bookmark  Rate:

'The Chimera' is tagged as:

Similar books to 'The Chimera'

All books by Adrienne Wilder  ❯

Buy 'The Chimera' from the following stores: