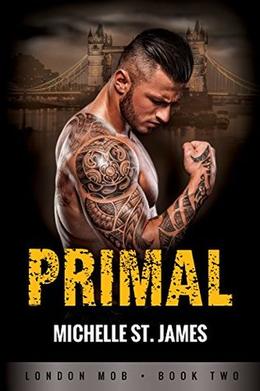 ***BOOK TWO IN THE THRILLING NEW SERIES THAT BEGAN WITH SAVAGE***

He wouldn’t rest until she was his - this time for good.

Farrell Black could hardly blame Jenna for leaving after the shootout that almost cost their daughter her life. Now he’ll stop at nothing to protect them, and he's spent the last three months fortifying his private estates, amassing enough armor to supply a small army, and preparing for the moment when she’ll come back to him.

And she WILL come back to him.

Listening to her heart was a luxury she couldn’t afford.

Jenna Carver is settled back in London with her daughter. She’s still haunted by the close call at Farrell’s private estate — and by the unanswered questions surrounding the research her father hid before his death. But for now she’s focused on Lily and on maintaining the carefully constructed wall she’s erected between her and Farrell — the one and only thing that keeps her from falling under his spell all over again. But then an attempt is made to kidnap Lily, and it quickly becomes clear they have enemies in very high places.

Enemies who will stop at nothing to eliminate them.

After secreting Lily and Jenna away in one of his many luxury hideaways, Farrell turns his attention to the people responsible for the development of a bioweapon that could start a world war. Now he and Jenna are in a race against time from Tuscany to Amsterdam to Berlin, desperate to unlock a puzzle that could mean the end of of everything — including their final chance at love.
more
Amazon Other stores
Bookmark  Rate: