Mail Order Bride: Room for a Bride (Busy Brides of the West #2) 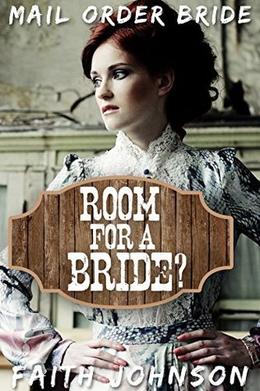 Widowed and with her only child recently buried, Margaret Abbot decides to leave the pain behind and see what awaits her on the western frontier. Her friend had found love as a mail order bride, and though she is not ready to love again, Margaret is ready for a new life. Putting her faith in God, she finds herself on the doorstep of a derelict hotel. And there she finds hearts more broken then hers.

Jonathan Green has been running the hotel alone since his parents died, but his heart is not in it. So when the lovely Margaret insists she can do better, he dares her to try. And try she does, including spending too much money and welcoming a desperate woman into the hotel.

And while Margaret works to improve his hotel, she also creeps into his heart. But it’s not until he’s forced into a showdown does Jonathan realize just how much this woman has changed not only his life, but the life of everyone in town.

In the late 1800’s, life on the western frontier was hard work and hard won. But some women, driven by desire and dedication, chose to make their own way. With courage and skills, these women headed West to pursue their dreams of happiness and found love along the way.
more
Amazon Other stores
Bookmark  Rate:

'Mail Order Bride: Room for a Bride' is tagged as:

The 'Busy Brides of the West' series

Similar books to 'Mail Order Bride: Room for a Bride'

Buy 'Mail Order Bride: Room for a Bride' from the following stores: