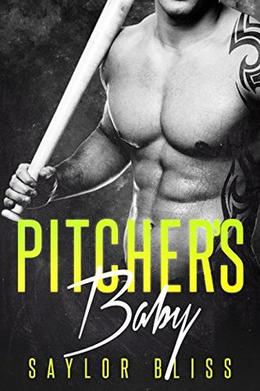 Lucas always thought that when he fell in love it would be easy, like catching the perfect pitch. The right girl would slide into his life as seamlessly as a ball into his glove. That's what he wanted. A typical boy meets girl, girl falls for jock story.

But that's not what he got.

He had to fall for the one girl he couldn't have. The one girl he shouldn't want. His best friend Aaron's younger sister, Charlee.

How could he not? She breathed fresh life back into his empty soul just by existing. Loving her was as simple as breathing. He just did and nothing would change that.

Now if only he could convince her of that.

Charlee Cooper isn't interested in starting another relationship. The scars from her past left her feeling like it would be impossible to ever truly love someone. It was a part of her life she had come to accept. She has her daughter and that is all the love she will ever need.

When secrets from the past are revealed, the subtle sparks between Lucas and Charlee ignite into a fiery passion neither can ignore.

Will the heat destroy everything she is? Or will a chance at love prove the greatest victory of all?

This is a full length, stand alone bad boy sports romance with a happily ever after. No cliffhanger.
more
Amazon Other stores
Bookmark  Rate:

'Pitcher's Baby - A Bad Boy Romance' is tagged as: