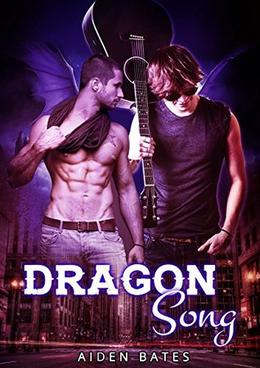 As the lead singer of Pyromancer, one of the hottest rock bands in the world, Nik Titus seems to have it all: fame, money, and a tight circle of close friends. He also happens to be an alpha synguanid, a species of dragon-shifter that has lived quietly among the humans for millennia. When the synguanid community calls upon their most famous member to help prevent the extinction of their species, Nik accepts the mission. Thus begins a quest with his bandmates and friends to find true love and acceptance for themselves and others.

When obstacles begin to arise, however, Nik starts to wonder if he’s the one for the job. An anti-dragon hate group has Pyromancer in their crosshairs . . . maybe literally. And when synguanids around him begin to find true love and start families, Nik’s loneliness may make him an easy target.

Nik Titus is on a quest, traveling the world to help his kind and find his omega, while spreading a message of peace and love. Who will listen?

Disclaimer: This book contains adult, sexually explicit content with an intense sex scene, male breeding and dominant alpha with his delicate rare omega. This should not be viewed for anyone under the age of 18. The book is approximately 50,000 words in length and does not end in a cliffhanger.
more
Amazon Other stores
Bookmark  Rate:

'Dragon Song' is tagged as: